Best Craft Breweries in Langley BC

Best Craft Breweries in Langley BC

Craft beer is the best way to express your own style and show your appreciation for a good brew! Look no further if you’re looking for the best craft beer experience in Langley, BC. We’ve done the research and scoured the area to bring you the top-rated breweries!

Let's quench our thirst together and explore some of Langley's most delicious craft beer! 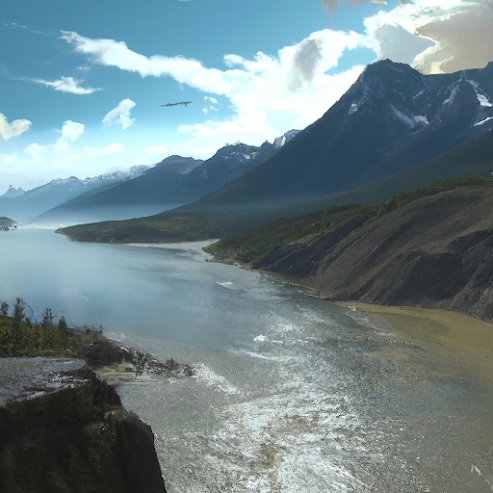 Langley BC is quickly becoming a craft beer hot spot, with craft breweries popping up around the City. With so many options to choose from it can be difficult to figure out which brew pubs and craft brewers are the best.

In this guide we’ll provide all the essential information you need to know about Langley’s craft brewery scene, including a list of the top brew pubs and breweries, beer recommendations, ratings and customer reviews. Whether you’re looking for a local beer pub or planning a tour of all the best craft brewers in Langley, this guide has you covered. So grab a pint (or two!), sit back and enjoy discovering Langley’s burgeoning craft beer scene.

What is Craft Beer?

Craft beer is a term used to describe beers that are produced in small batches or “batches of 12 hectolitres” or less. A craft brewery focuses on producing high quality, full-flavoured, unique and often innovative beers that push the boundaries of the brewing industry. Generally, craft breweries don’t use preservatives or additives in their products, which ensures a fresh taste and natural ingredients.

Compared to generic mass-produced beers, they usually contain more alcohol by volume and more intense flavours due to their focus on quality ingredients and careful brewing process.

The term “craft beer” can be used to describe any type of beer but some styles are prized for their flavour complexity or rarity. These include India Pale Ales (IPAs), Belgian ales, stouts & porters, and barrel aged beers. The general idea behind craft beer is that it should provide drinkers with unique flavours that you wouldn’t be able to find anywhere else – especially when it comes to IPAs!

Craft breweries often work with local farmers in order to source unique barley, hops and other ingredients which bring out distinct characteristics in each batch of beer brewed by them. Furthermore, craft brewers often experiment with different techniques such as barrel aging or wood treatments in order to get even more complexity and nuance out of each batch they produce – making every single batch truly one-of-a-kind!

Craft beer is becoming ever more popular, especially in Langley, BC. It offers an array of delicious flavours that range from unique and daring to tried and true. The benefits of craft beer are numerous, as it can add a level of creativity to your beverage selection – particularly for occasions when you want to try something new or make a lasting impression.

Craft beer also offers a wider range of flavour profiles than many commercial breweries. Craft breweries often emphasize quality over quantity – striving for the perfect balance between hop bitterness, malt sweetness and alcohol content. In addition, craft beers often have unique types of hops and malts that you won’t find in big-name beers, making them great choices if you’re looking for something different or even just want to critically appreciate the nuances in each beer.

Finally, craft breweries generally use fresher ingredients than larger commercial operations – ensuring that their beers pack in more flavour with each pour. This means that craft brewers can produce some truly special concoctions that stand out from the competition!

The Top Craft Breweries in Langley BC

Langley has become a go-to destination for craft beer enthusiasts from around the world. With its rich brewing culture, Langley has some of the best craft breweries in Canada.

Whether you’re interested in a full guided tour or just want to explore the city on your own, there are numerous beer-focused tours available in Langley. One of the best options for brewery tours include:

In addition to these three established breweries, several microbreweries are located throughout Langley, which offer brews and tours accompanied by friendly guides. Exploring these establishments is sure to make your trip to Langley even more memorable!

Craft beer is a great accompaniment to many meals, from traditional British fish and chips to spicy Mexican dishes. When pairing beer with food, it’s important to consider the flavours of each individual addition and how it will affect the overall taste. The perfect meal should take all these flavour notes into consideration for maximum satisfaction.

For starters, consider the sweetness levels and bitterness of the craft beer. These elements will be highlighted or balanced by different foods, depending on their own flavor profiles. If your craft beer is sweet, such as a chocolate stout or Belgian ale, try pairing it with a savory dish like ribs or pulled pork – their richness will balance out the sweetness of the brew. For bitter beers like dry stouts or IPAs, sweet sides such as coleslaw and baked beans can work well as they complement instead of clash.

If you’d prefer lighter offerings such as pale ales or wheat beers, consider opting for side dishes that are lightly spiced rather than overwhelming in flavour – think grilled vegetables, slaw salad and pasta salads for an ideal accompaniment. You may also want to try matching the type of grain used in your brew with something from your plate – creating an almost “beer infuse” dish that complements something already present in your drink selection. Juicy burgers made with beef patties are always popular when combined with lighter craft beers too!

Pairing craft beer with food can be a flavorful adventure if done correctly – but don’t be afraid to experiment! With countless combinations available you’re sure to find one to suit any palate!

Langley, BC, is home to a dynamic craft beer scene that speaks to the region’s diverse tastes. With a growing number of creative craft breweries and their offerings, Langley is rapidly becoming known as one of the premier beer travel destinations in Canada.

For those looking to explore this vibrant brewing culture, Langley offers a variety of events and festivals that showcase some of the best craft breweries in the region. From popular beer festivals with live music to tap takeovers and pop-up markets, there are a variety of exciting events for locals and tourists alike.

Along with regular events and activities related to craft beer culture, Langley celebrates hops harvest season with its celebrated Whistle Hops festival – an occasion that brings together brewers and hop growers who get creative with small batch beers steeped in regional flavours. The 2019 edition of Whistle Hops festival also included unique activities such as vertical tastings which allow guests to experience how special ingredients can change the flavours present in each batch of beer brewed specifically for the festival.

Langley's bustling craft beer scene ensures that visitors will never run out of options when exploring locally-made beverages or attending an event – allowing everyone to discover something new while supporting BC’s dynamic small business culture!

Choosing a craft brewery from all the available ones in Langley BC can be a challenge. There is no definitive answer and it really comes down to personal preference. Whether you’re looking for an IPA, lager or stout, you’re sure to find something that pleases your palate in Langley BC.

If you prefer darker beers, we recommend checking out Trading Post Brewing for their delicious selection of stouts and brown ales. If you’re looking for something refreshing and citrusy, Three Dogs Brewing has some great options such as their Cranberry Lager and Coastal Citrus Ale. Fields Brewing also deserves a mention with an array of IPAs that are deliciously hoppy with hints of tropical fruit flavours. Whatever your style of beer may be, there truly is something for everyone in Langley BC's craft brewery scene!