As a change of pace, I decided to write a little description for Untappd.com and what is felt to be a proper business usage. This is still one of the most popular choices in 2019 for collaborating with other craft beer enthusiasts on beers in your community.


Untappd is a gamified social networking site which requires participants to create a profile and build a reputation of writing reviews. As they review beers and check-in at different locations, their strength as an advisor increases and changes standings. As an incentive, participants receive badges and are encouraged to further expand their experiences. This program has begun to grow so significantly within the craft beer industry, that any brewery can expect a post from users anywhere from once an hour to as much as once a minute.

This is a tool which offers consumers an unbiased portal to say what they would like and share their opinions with others. The power behind this tool is that you can thank users directly for their reviews. and see the website analytics of your brand.

If the experience is positive, send that person a personal (human) message to thank them. This practice should be utilized frequently to build a connection with the people who care about your brand, as they will appreciate you reaching out to them. This potentially leads to further positive reviews in the future, with your only cost being time.

If the experience is negative, it is important to remain professional and be empathetic of the customer’s perspective. Recognizing that whether the situation was blown out of proportion or not, the issue is likely a big deal to that user, respecting that and acting accordingly are your only course of action. Mitigate damages with an offer to mend the situation in whatever way you can. Whether the customer accepts your offer or not, the correspondence is a sign of goodwill and will show potential future reviewers that a negative experience is not something that they can come to expect. 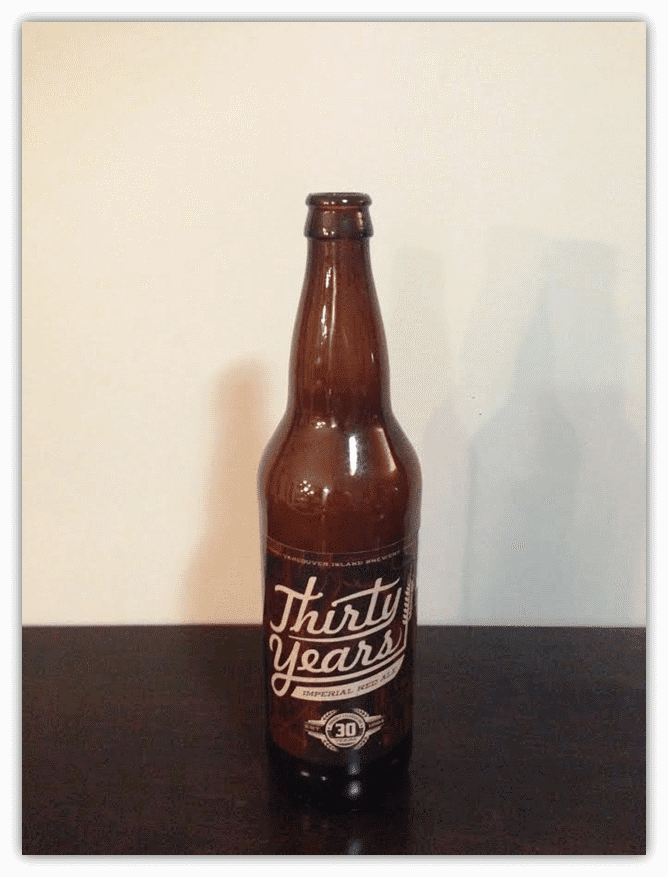 Kyle's Pick - Brewery & Beer #1 - This beer is called the Thirty Years Imperial Red Ale from Vancouver Island Brewing in Victoria, B.C. What we had hoped to be the best beer of the night was actually the worst - not horrible, but slightly disappointing for all of the hype we'd heard about it. It is a mix between a slightly sweet beer and a hoppy IPA, which we didn't feel was the best combination. It felt like molasses was added in the hope of changing the flavour, which ultimately it did, but we do not feel for the best. Vancouver Island Brewing describes this beer as, "We pay tribute to our long standing Piper's Pale Ale and ramped up the recipe to create a big, bold, and robust beer. This malty, well-hopped Imperial Red Ale is our way of saying thank-you for your support. Cheers!"

Vancouver Island Brewery is an upbeat, exciting company with unique offerings and a very intuitive website. We would like to believe that as long as we avoid their sweeter beers, we should yield positive results.

Matt's Pick - Brewery & Beer #2  -This beer is called the Sap Sucker Maple Porter from Fernie Brewing Co. in Victoria, BC. A little daunting at first, when you look at the beer in a glass and it looks like a Coke, but it was very surprising and for a group that rarely indulges in porters, this was quite the treat. It has a subtle carbonation, an extremely nice caramel and coffee flavouring to it. This was the Council's first brew from Fernie Brewing and we're looking forward to sampling more. Originally launched in 2010, Fernie describes this beer as, "A darkly delicious & truly Canadian taste." Nothing long-winded about the description from Fernie still about sums up this seasonal offering. 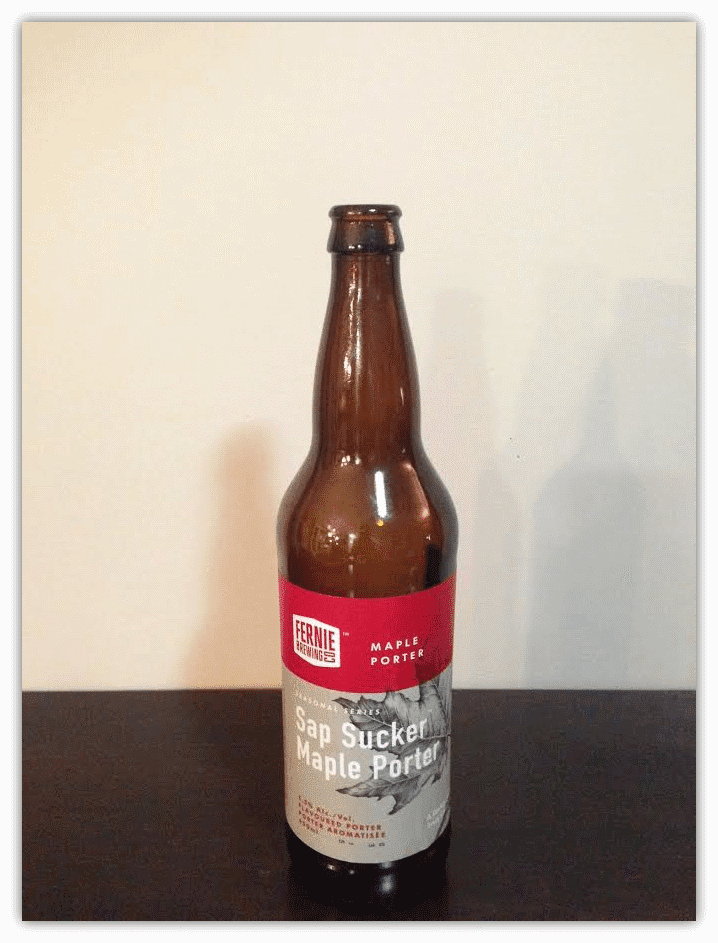 It's always nice to see another brewery that is heavily engaged in social media and responds to their customers, Fernie is a prime example of that; Instagram being the most popular. We do not believe it to be what you'd expect just from the look, but it is incredible either way. It was given an average score of 4/5.

Matt's Opinion of this beer, "A hint of maple makes it a truly Canadian beer - perfect in the morning poured on top of pancakes." 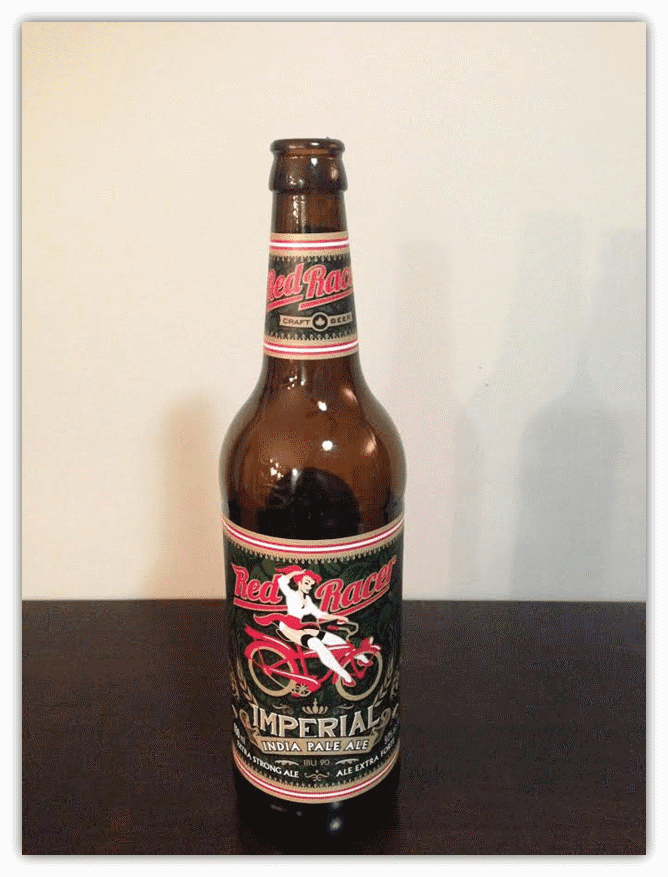 Brewery & Beer #3 - Mike's Picks - This beer is called the Red Racer Imperial Pale Ale made by Central City Brewing out of Surrey, BC. Admittedly, we were surprised at the thought of Surrey producing anything close to Oregon standards, but we were blown away by the perfection in this brown bottle. A beautiful combination of sweet malt and hops greets you at the start of this and follows you right into a full bodied aftertaste the likes of which we've never experienced. Central City describes this beer as, "Dry hopped with whole leaf hops from the Yakima Valley, combined with Maris Otter English barley, floor-malted in age old tradition. A long maturation ensures plenty of flavour, with strong aromatics of grapefruit, tangerine and mango. This exquisite ale will coat your palate with a sensational long lasting bitterness." Most Imperial IPAs will claim such, but few will deliver as well as this one, nor will they sneak it in at 9.0%.

Overall, we quite enjoyed this brew and all agreed it was the best we've rated yet. It received an above highest score to-date at 4.4/5.

If you haven't heard of their cross-promo with Parallel 49 on a beer advent calendar, check it out here.

Mike's opinion on this beer, "Smell, check. Taste, Check. Alcohol Percentage, Check. It has it all."