The exponential evolution of the social media landscape has been directly linked to the beer industry since the introduction of Web 2.0. All major beer manufacturers, whether located in North America or worldwide, have developed and expanded the practices they utilize to engage their clientele with greater reason. It is the explosion of the craft beer industry in recent years that has not only cemented the necessity of this level of communication, but has completely revolutionized how it is executed.

As consumer trends shift to this rapidly evolving new world of small-batch breweries, the pride consumers have adopted for their local creations become ever more apparent. Increasingly, beer enthusiasts are frequenting the craft breweries themselves, sharing pride filled pictures at local pubs and are becoming very vocal on their opinions and tastes.

As this craft beer trend continues to flourish and social media advances, the need for brewers to develop a synergy between customers and technology becomes far more potent. Without that paramount relationship present, Economic Darwinism will be the deciding factor for who survives.


Kyle's Pick - Brewery & Beer #1 - This beer is called the Randonneur Saison from Dageraad Brewing out of Burnaby, B.C. This is the second release in their Single Batch Series and it is unfiltered, as well as fermented in the bottle. According to Dageraad, the recommended pairing for this Saison is seafood or salad, which we're in agreement on for the former. Dageraard describes this beer as, "Peppery and hoppy, effervescent and bone-dry, Randonneur Saison refreshes after cycling through the autumnal countryside or harvesting produce in your own garden. It is fermented with a French Saison yeast and bottle conditioned for natural carbonation, and an extra layer of complexity." 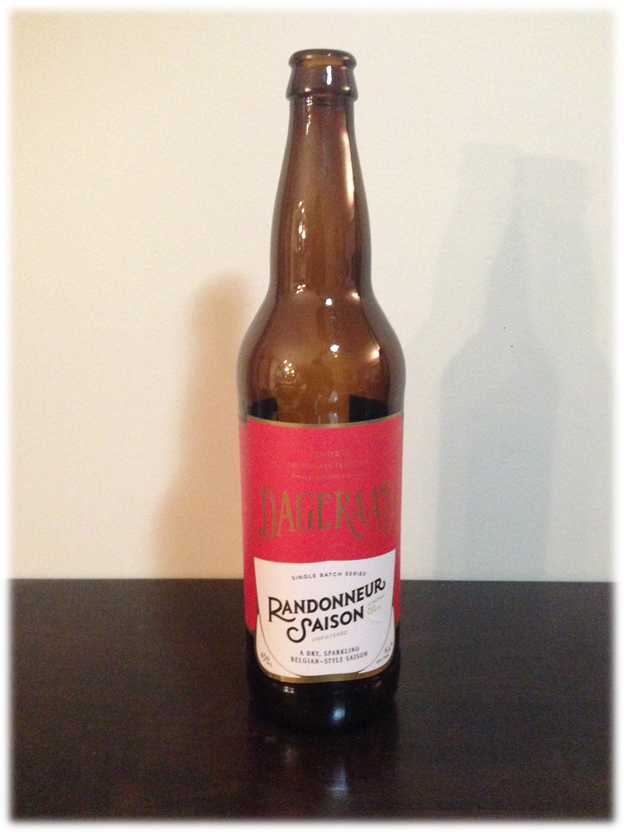 A gorgeous saison, with a bitter bite and a smooth full-bodied flavour describes this beer best. Much like the Gose (pronounced: Gose-Uh) style of belgian farmhouse ales with a heavy carbonation that Tim and I love, this was another split-decision for votes amongst the Council.

The Council gave Dageraad's Randonneur Saison an average score of 3.9/5, much to my chagrin.

Kyle's opinion on this beer, "Punchy, smooth, carbonated, and delicious. It may not be the season for saison, but it's incredible."

Matt's Pick - Brewery & Beer #2  -This beer is called Snap, Crackle, Hop from Parallel 49 in Vancouver, BC. This is the Council's second attempt from Parallel 49 and it definitely had some mixed reviews from the Council, but ultimately all positive. Parallel describes this beer as, "An Imperial IPA brewed with flaked rice in order to keep the body light and showcase the New Zealand motueka hops. Big tropical fruit flavours and aromas hide the big 9.3% ABV."

A few of these will leave you crawling home at 9.3%, so as delicious as they are, we recommend drinking them in moderation - we'll try to take our own advice. 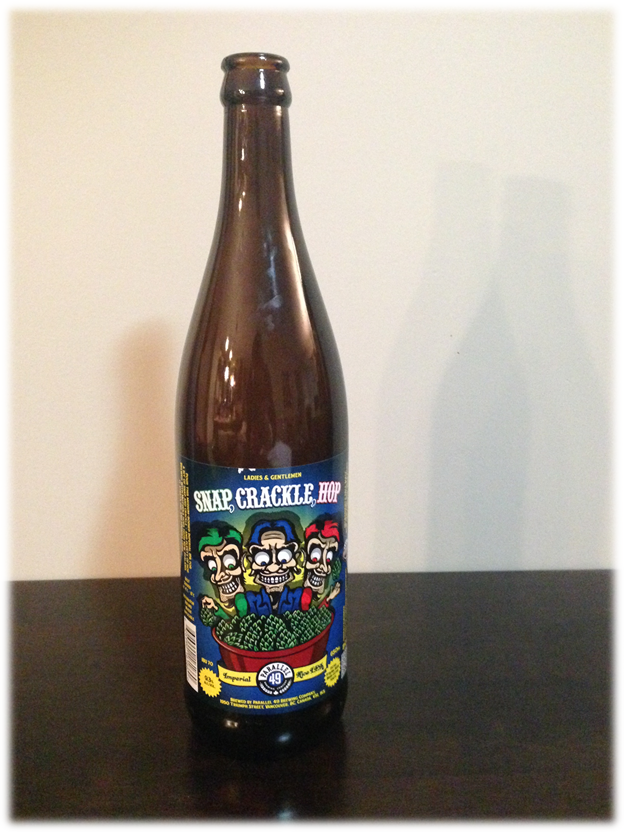 Your first taste will be a combination of peach and mango hints, followed by a caramel and a lingering hoppy bite. The use of rice adds a unique dryness, but only a subtle change from your regular IPA, and admittedly, this just made it extra enjoyable. It was given an average score of 3.8/5, and although it was Matt's highest scored beer to-date, some other council members couldn't get on the same page. 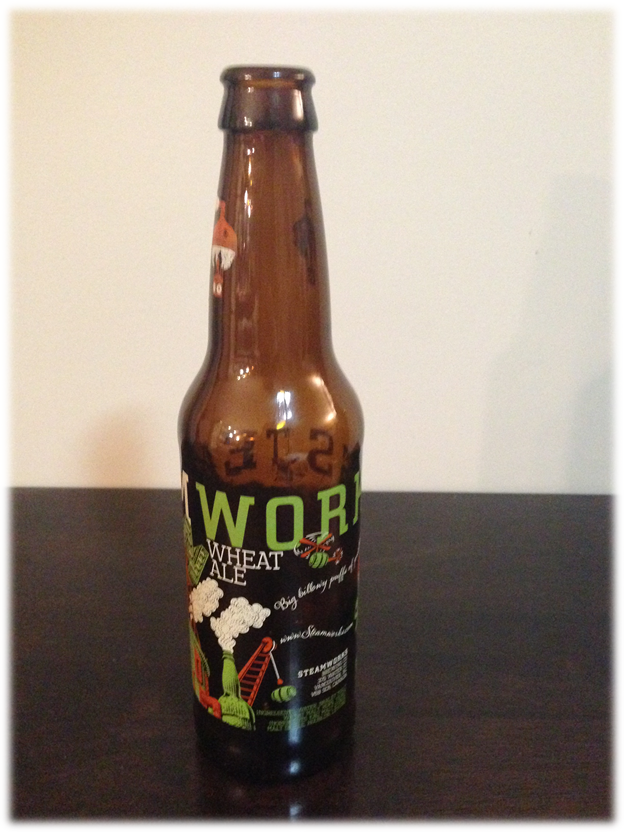 Brewery & Beer #3 - Mike's Pick - This beer is simply called Wheat Ale made by Steamworks Brewing out of Vancouver, BC. Mike knew exactly what he was getting into when he purchased this, since he had frequented their brewery on a few occasions, but it was new for the rest of us. It seemed bizarre at first that they were calling it a Wheat Ale when it is clearly a hefeweizen, and because of this, the Council had some varied opinions on the ratings. Steamworks website describes this beer in the following way, "This Summertime South German Style Hefeweizen pours hazy, golden in colour with a thick white head. Beautiful flavours of banana, cloves and hints of bubblegum coat your palate as you enjoy this refreshing ale."

Definitely a unique flavour to it, but not overpowering; it has a light blond look to it, a hint of banana, some spice and it is a bit yeasty. Since there's that subtle hint of banana in the palette, it helps combat the sour yeast flavour that is an often found to be an acquired taste.

Overall, we enjoyed this hefe and all agreed it's a decent beer. It received an average score of 3.3/5.

Mike's opinion of this beer, "Steamworks turns my crank."

Tim's Pick - Brewery & Beer #4  -This beer is called Pray for Snow Winter Ale from 10 Barrel Brewing Company in Portland, Oregon. This is the Council's first attempt from 10 Barrel Brewing Co. and we couldn't believe how disappointing this was. We expect some of the best to come out of Oregon, so perhaps that is why we had such high expectations for this beer, but this was either a barrel gone bad, or we are seriously wrong in our opinions. 10 Barrel Brewing describes this beer as... nothing, their website literally has no information on it for this product. For shame, 10 Barrel! 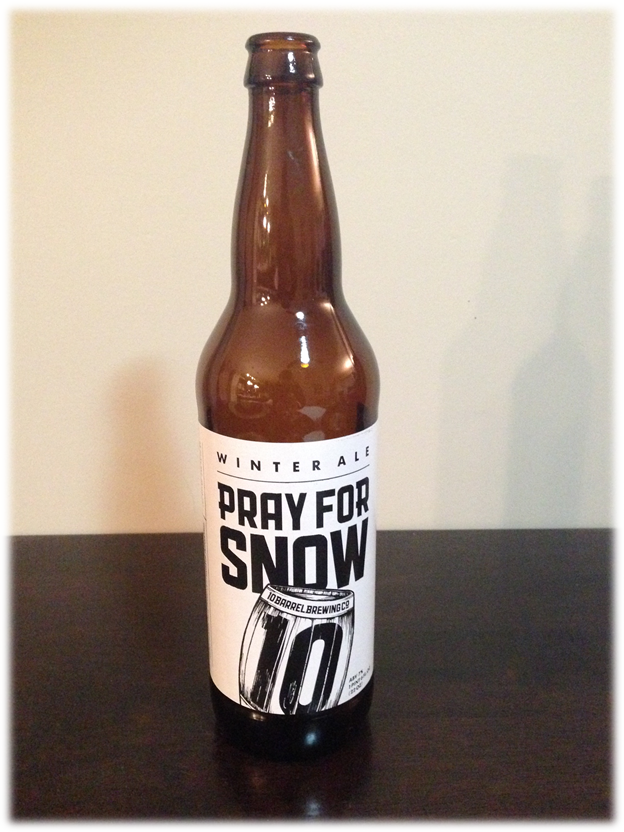 It's a strong beer at 7%, especially out of America, and looks to be a full-bodied beer from its dark amber and brown colouring. It has a caramel-like flavour to it, but it's more of a syrupy sweetness and would leave you in agony the next day after consuming a few. The average rating given by the Council was a generous 2.7/5.

Tim's opinion of this beer, "They say winter is coming, but I am not. If this is what winter has to offer then I won't be praying for snow."