Nothing to be Embeerrassed About

Recognizing that beer is something people associate with a social environment, craft beer companies have hand tailored their digital and social media marketing strategies, and employed them in a way that connects with local communities and regions.

In using these modern strategies, the difficulty that continues to arise is garnering the following and support of influential and credible people. These people in turn become figureheads for those interested in your brewery and product, and inadvertently become ambassadors for your brand. The potential that these ambassadors hold as a benefit to your company could have a positive or negative impact. Especially when a craft brewery is new and has yet to establish a strong following, even a single negative review can be detrimental.  It only takes a few bad reviews for that to become a company’s entire online presence, and in turn, could irrecusably be damaging their brand.

The key of every campaign and social platform communication should be to involve yourself in conversation with your local community. As a society, our support is typically swayed towards our own community bases, therefore as Taylor McQuiston said in his highly influential blog, it is understandable that “Craft Brewers with a strong presence in their home market are both more profitable and more easily able to expand into adjoining markets.”

So without further adieu, I give you this week's ratings.

WEEK 3 - NOTHING TO BE EMBEERRASSED ABOUT 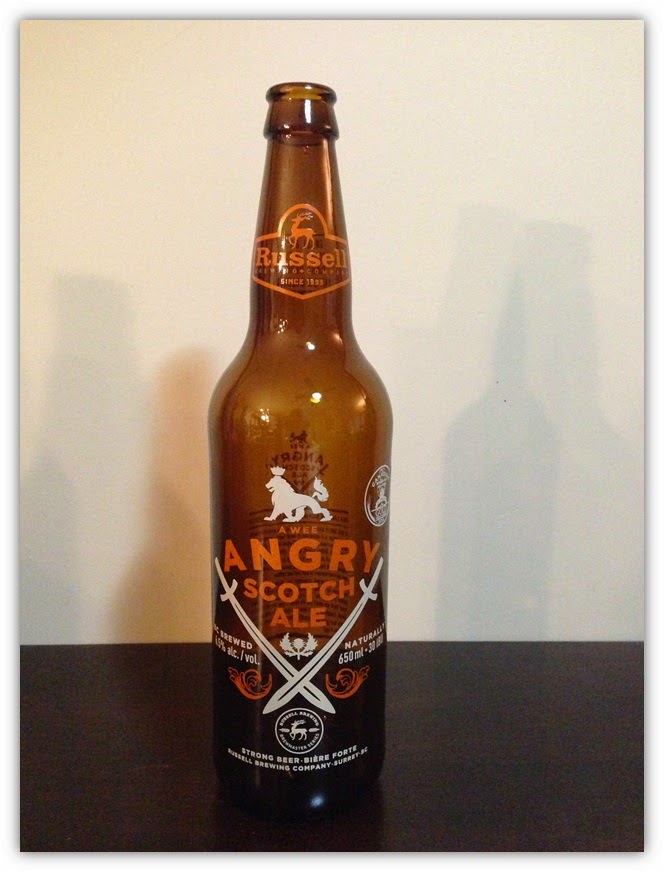 Kyle's Pick - Brewery & Beer #1 - This beer is called the Angry Scotch Ale from Russell Brewing in Surrey, B.C. In 2010, Angry Scotch won a bronze at the World Beer Cup awards and later in 2014, it took the gold medal at the Canadian Brewing Awards. Russell describes this beer as a "19th Century Shilling Scotch Ale". And yes, it does taste exactly like a scotch ale! They go on to say, "We use an extended boil time that intensifies the roasted malt flavours of dark fruit and toffee." I'm afraid this is where there's a minor miscommunication, as there's nothing overly intense about the flavour at all. It is smooth and delicious with a hint of toffee in its aftertaste, which makes the brew something that you could handle drinking more than one, unlike other scotch ales.

Russell Brewing Company had a very promising start for the Council and we look forward to expanding our Tasting Map so close to home. Perhaps our first brewing tour?

The Council gave Angry Scotch Ale an average score of 3.5/5.

Kyle's opinion on this beer, "Smooth, drinkable, enjoyable, but only gets the silver medal from me."

Tyrone's Pick - Brewery & Beer #2  -This beer is called the Big Bock from Hoyne Brewing in Victoria, BC. This is the Council's second attempt from Hoyne Brewing and we were blown away. Hoyne describes this beer with some humour by saying, "The Majestic Rooster, unafraid to strut his colours. Proud. His voice clear and strong (maybe a bit annoying if you were hoping to sleep in). When he boldly proclaims his dominion, his entire flock listens, or pretends not to listen. Here is to standing proud, admiring your flock, and proclaiming "cock-a-doodle-do!" 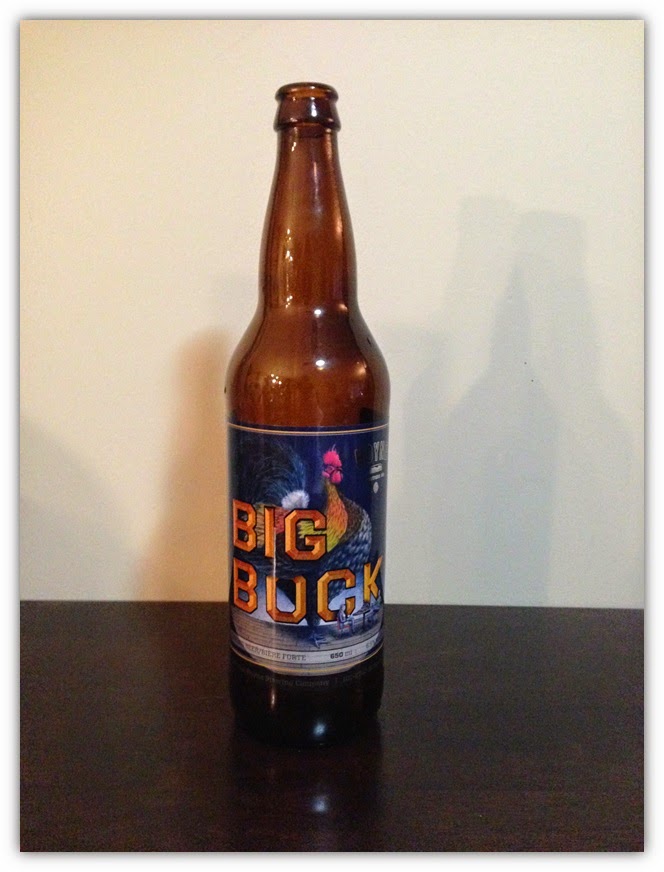 It's a gorgeous red amber ale with aroma of sweet malt and floral hops. These floral hints are incredible from beginning-to-end and as you taste it, you notice this light fruit and smooth earthy combination. We do not believe it to be what you'd expect from a traditional bock, but it is incredible either way. It was given an average score of 4/5, which is our highest score yet.

Tyrone's Opinion of this beer, "It's like a 5 x 4 buck and a good wife, more than effort is needed to find it. You don't find it unless you put in the effort." 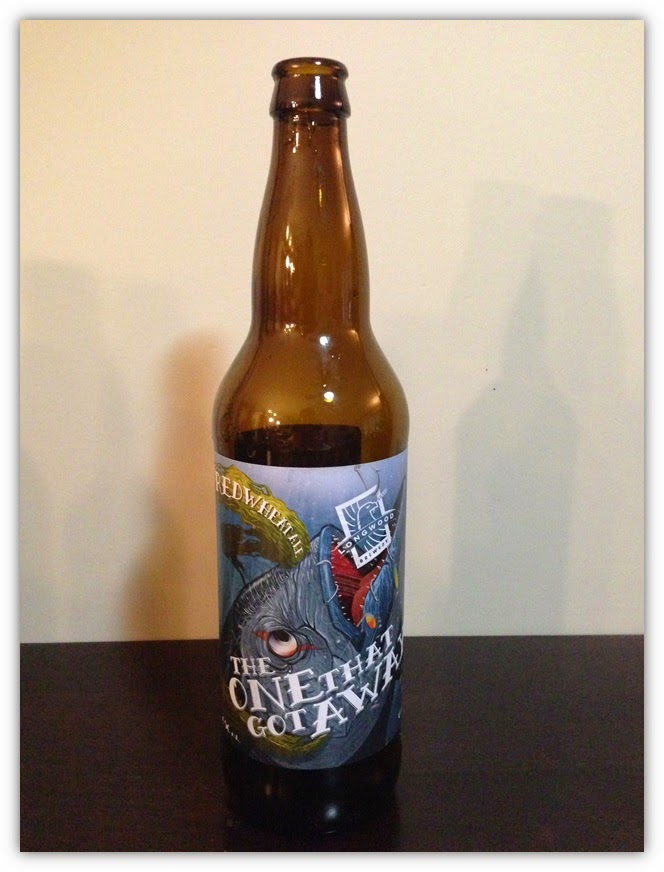 Brewery & Beer #3 - Tim's Picks - This beer is called The One That Got Away made by Longwood Brewpub out of Nanaimo, BC. Definitely a unique flavour to it, but not overpowering; it has a slight red hue, a subtle sour and bitter aftertaste. I sensed a hint of banana in the palette, which makes the bitter flavour not so aggressive in the end.

Longwood describes this beer as, "A red wheat ale inspired by the BC Tough's annual West Coast Tuna Shootout, a fishing derby that takes place in the wild waters of Bamfield, BC. This ease drinking, unfiltered ale is made with 50% wheat, barley and a health dose of crystal malt to create a slight sweet, burnt copper coloured beer. Ideal for pairing with any west coast seafood... Don't let this be the one that got away!"

Overall, we quite enjoyed this brew and all agreed to we could handle a night of drinking it. It received an above average score of 3.7.

Tim's opinion on this beer, "Everyone has "the one that got away" and this is a bit of a heffer. This one is full of colour, doesn't give too much head, is a little yeasty, but just ever so sweet. Tasty, but I'm not too phased it got away in the first place."


Brewery & Beer #4 - Our Bonus Beer this week is a homebrew named Jack-o-Heed and it was made by Greg Clark of Langley, B.C. He was aiming for a chocolate pumpkin porter and hit the nail on the head. We were honoured to try his homebrew after hearing from friends how seriously he takes his personal craft. The body looked as thick as Guinness, but certainly didn't taste like it and we were all pleasantly surprised by how smooth it was.

We would describe it as, "Thick, dark and robust with a foam that never settles. Brewed with care and the taste to prove it. It has subtle pumpkin flavour throughout and a wonderful roasted chocolate aftertaste. Superb!"

Greg is entering Barley's Homebrewing Supplies contest for the best homebrew; if he doesn't take home the win, we'll be surprised.