Tim, Shane, Liam, Michelle and I decided to venture out to NY Grill (local pub) to attend BRB Brewing Co's "TapTakeOver" 2017. It is an ingenious idea run by this small batch brewery out of Richmond and has taken place in numerous locations throughout the Fraser Valley. I had first heard of their collaboration with KPU Brewing a few weeks back and I was ecstatic to hear they were coming to our neck of the woods. 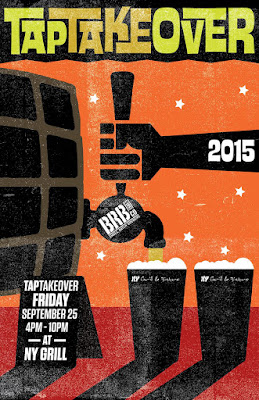 Upon arriving in the NY Grill, we were immediately greeted by two smiling sales reps for BRB and they were quick to offer four different samples from their mobile keggerator - a blonde ale, english light ale, pale ale and oatmeal stout.

Although I wasn't entirely sold on the blonde ale, it seemed to be a hit with Tim and Liam. It was the English Mild Ale and East Coast Pale Ale that began to win me over, and the Oatmeal Stout that solidified me as a fan of this brewery. As one of the only breweries in Richmond, I am relieved to know that they can brew a mean small batch and I finally have a sanctuary to visit when I am stuck taking classes at the Richmond KPU campus in the Spring.

Thank you, BRB. You have built it, and we will come. 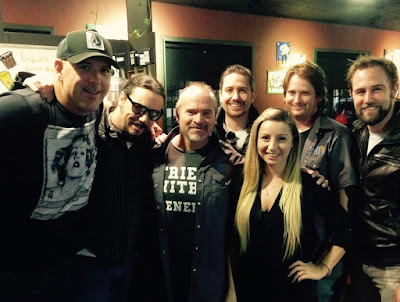 The Oatmeal Stout is now the second highest rating ever given out by the Council.

Tim and I are hoping to check out their facility on Wednesday. More updates to come!