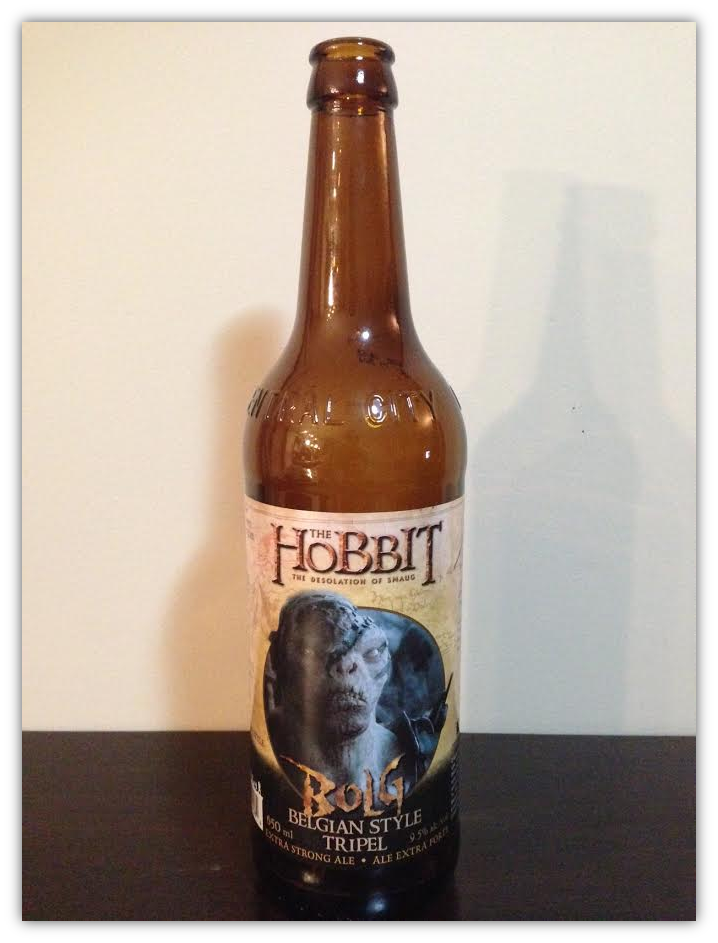 Kyle's Pick - Brewery & Beer #1 - This beer is called the Bolg Belgian Style Tripel from Central City Brewing in Surrey, BC. It was really quite interesting when we first heard that Central City had landed the exclusive brewing and distribution rights to a new series of beers based upon the Hobbit Trilogy, mostly because we're nerds and wanted to see the movie (except for Matt - he's nerd-free since '83). I personally was quite excited to try this, and gave it a high rating, but the rest of the Council couldn't agree with my score of 4.1. The beer is described by the group as a nice caramel and spice aftertaste, as well as a smooth easy-drinker without much of a punch. The sweet finish does make for an anomaly when taking into consideration the 9.5%, which is barely noticeable in the overall taste. It is a solid attempt as a Belgian Tripel, but with so many others trying to duplicate the same style, it would be difficult to match up. Worth trying, but not something you need to stock up for the Summer. It carries a rather high pricetag to boot.

Central City's quote for this beer is priceless. "An Orc chieftain who rules for 150 years, Bolg seems like the kind who would drink his grog of choice and no one would tell him others; however, this flavorful strong Belgian Tripel may be too refined for this over gruesome character."

Kyle's opinion on this beer, "Enough alcohol to get white orc wasted."

Matt's Pick - Brewery & Beer #2  -This beer is called the Anno 2014 Strong Ale from Dageraad Brewing out of Burnaby, BC. Dageraad Brewing is quickly becoming one of our favourite local sources for craft beer; true perfectionists. This beer took the Council by storm and completely unsuspecting. The ferment at the bottom was easily ignored in this unfiltered beer and it was felt that perhaps the lack of over-filtration made for the better result. It is a clear golden brew with an incredible pear flavour to it, and in addition it still had a nice, slightly herbal undertone. This beer is the second highest score in the Council's history and we look forward to buying out the shelves in our local stores to let our other friends try. 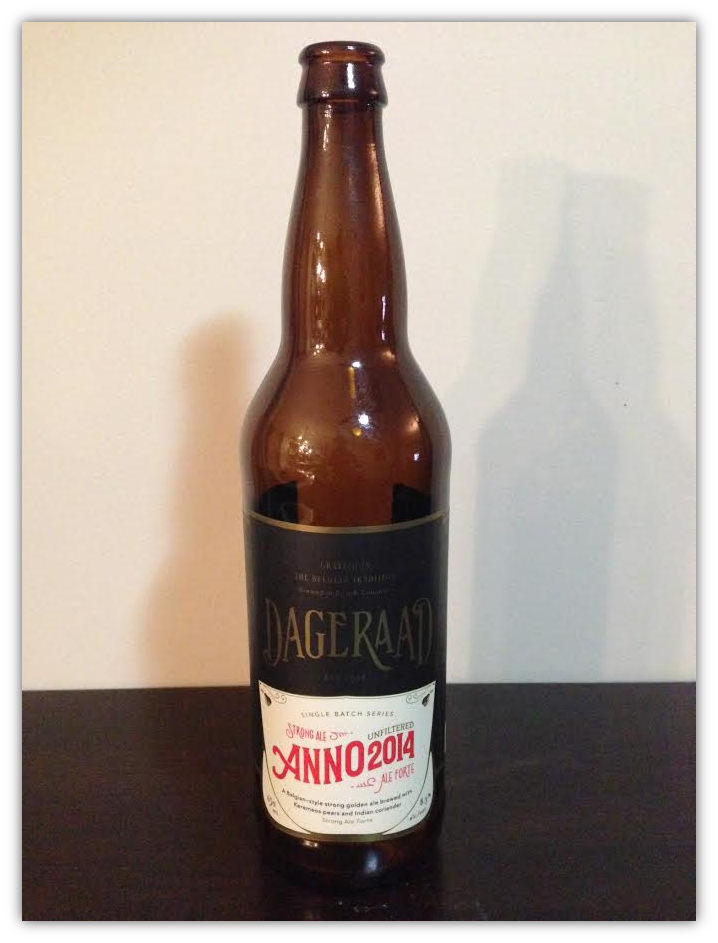 Dageraad describes this beer as, "A belgian-style golden ale brewed with Keremeos Pears and Indian Coriander." A short description that is all encompassing. We loved it. It was given an average score of 4.3/5.

Matt's Opinion of this beer, "It's complex, well-balance... fuck it, read the label." 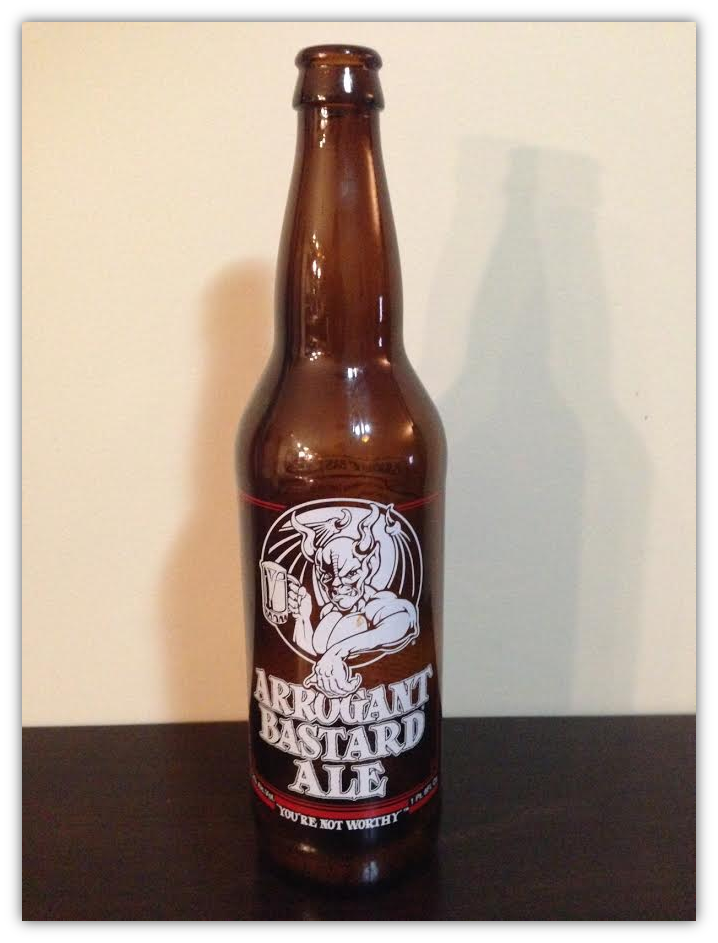 Tim's Pick - Brewery & Beer #3 - This beer is called the Arrogant Bastard Ale made by Stone Brewing out of Escondido, CA. In true Tim fashion, he finds the bottle with the most amusing name and description, with the hope that it tastes good as well. Admittedly, it was obvious that this was going to skew towards Matt's tastes and of course it did, but it didn't wow the crowd as much as we had hoped. It's a bitter, rough taste that leaves a heavy feeling in your stomach, but has potential to be something to revisit as our palettes change, since it is clearly an acquired taste.

The write-up on the bottle is priceless and genius, which makes it even more frustrating that we weren't enthralled by it. Here is the witty essay on the back of the bottle, "This is an aggressive ale. You probably won't like it. It is quite doubtful that you have the taste or sophistication to be able to appreciate an ale of this quality and depth. We would suggest that you stick to safer and more familiar territory-maybe something with a multi-million dollar ad campaign aimed at convincing you it's made in a little brewery, or one that implies that their tasteless fizzy yellow beverage will give you more sex appeal. Perhaps you think multi-million dollar ad campaigns make things taste better. Perhaps you're mouthing your words as you read this." Arrogant as hell.

Overall, we enjoyed the bottle, but weren't overwhelmed by the beer itself. It received a score of 3.4/5.

Tim's opinion on this beer, "If you're not bitter about bitters, this is your beer." 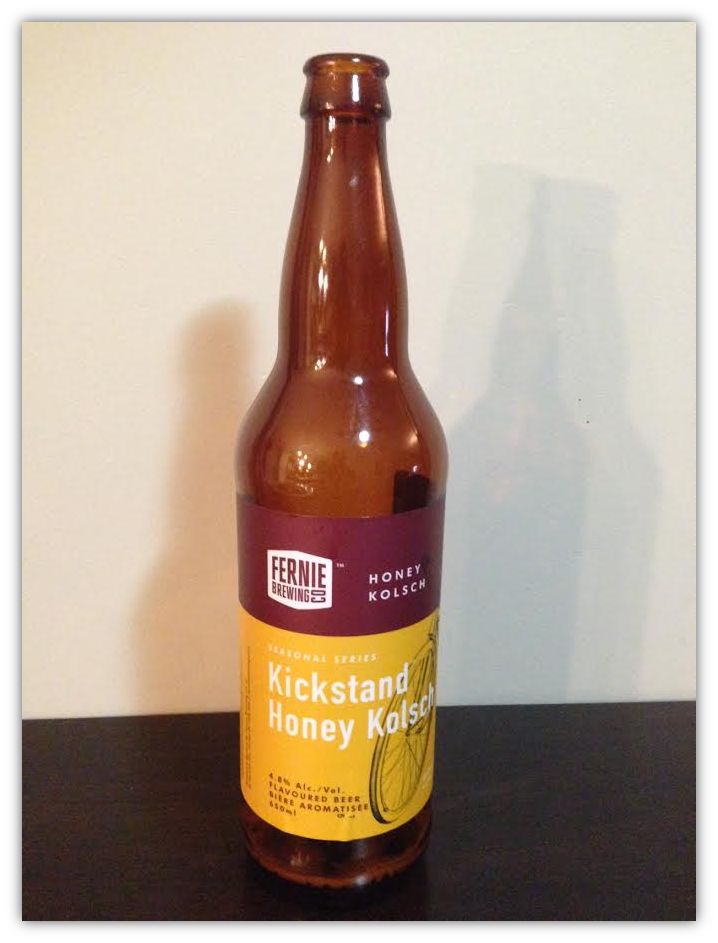 Shane's Pick - Brewery & Beer #4  -This beer is called the Kickstand Honey Kolsch from Fernie Brewing Co. in Fernie, BC. A very light, easy to drink seasonal Kölsch with subtle flavours, but still a definite crowdpleaser with the hint of honey and moderate carbonation. Shane knew he wanted this beer and had to go to five liquor stores before he got his hands on it, so he knew it was going to be something tasty. It's a beer that you know 80% of the population can handle without complaint and is likely the reason for this seasonal selling out everywhere.

With Shane's additional to the Council comes his incredible photography talents, which he decided to showcase for us with this beer. He brings 12 years of professional experience with him through his company Studio62 out of Vancouver, BC. Here's a sample from his recent modelling shoot: 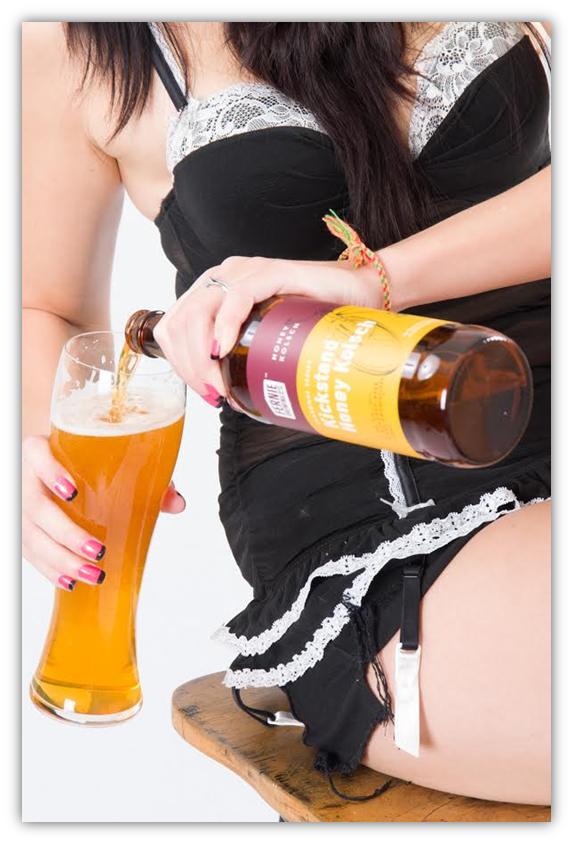 Shane's opinion of the beer, "The beer of Summer 2015. Don't let anyone else tell you otherwise."